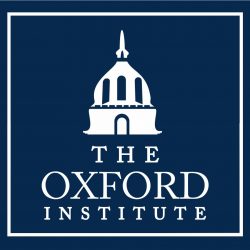 Along with the structured activities listed below, such as sports, indoor games, excursion trips and entertainment, students are also given unstructured time to explore the immensely diverse activities Oxford has to offer. Oxford is a vibrant and exciting town for students with impressive gothic architecture inspires visitors.

SPORTS AND INDOOR GAMES
EXCURSION TRIPS
PUNTING
ENTERTAINMENT
SPORTS AND INDOOR GAMES
A key component of our program is to promote a balanced and healthy lifestyle among our students. Sports and physical activities are key to keeping the mind and body in a good state. For the sports enthusiasts amongst our students, we organise a sports day with an opportunity to participate in a number of team games. These have traditionally included Football, Cricket, Frisbee and Croquet. The serene University Parks are used as the venue for these sports. The day also includes a sumptuous BBQ and picnic for the students.

The program also includes indoor activities such as board games. These are led by the deans and are scheduled in the evenings. The common room at the college/premises is used for these. These activities are usually very popular among our students and provides them with the opportunity to gel together as a group and work as a team.
APPLY NOW
EXCURSION TRIPS
Our Summer Program involves a number of field trips to interesting places in Oxford and London. These include a flag-ship day trip to London where students undertake a walking tour of Central London. The route includes some of the most spectacular historic sights and places in the lively cultural scene of London. These include Houses of Parliament, Buckingham Palace, Westminster Abbey, London Eye, Hyde Park and more. Students also get some time shopping at the famous Oxford Street in London.

Other field trips are organised to historic colleges comprising University of Oxford and the Bodleian Library. We will also be organizing a trip to the Ashmolean Museum (the world's first University Museum) and Pitt Rivers Museum which was founded in 1884 when General Pitt Rivers, an enthusiast of Archaeology, donated his collection to the University. There are over half a million archaeological and anthropological objects housed in the museum including a T-Rex skeleton.
APPLY NOW
PUNTING
The program includes Punting at river Cherwell for all the students. Punting refers to boating in a "punt" which is a flat-bottomed boat with a square-cut bow designed for small rivers or other shallow water. The punt is propelled by the punter using a pole rather than an oar used in gondolas. Punting is one of the most famous attractions in Oxford as thousands of tourists, local residents and students turn to the boats to spend the day in the river Cherwell that flows through Oxford's protected green belt of fields and woods before joining the renowned river Thames to continue its journey to London. Punting in Oxford is a very serene experience with the scenic views of rural England on display.
APPLY NOW
ENTERTAINMENT
The program includes a number of fun activities. These include Movie Nights where students can watch the latest Hollywood flick or a timeless classic together. This provides an opportunity to the students to unwind and relax. A musical evening is also normally included in the program with the DJ or live music on offer. This follows the certificate distribution ceremony and provides a fitting end to the program.

Other activities such as karaoke night, and student performances continue during the course of the program. These activities ensure that students fully enjoy their summer holidays and take back incredible memories.
APPLY NOW